Back to the exhibition

The timeline of 2020 can appear overwhelming. Much happened in a short time: many lives lost to the pandemic and to racism; official decisions made and reversed; places shut down and reopened. In this section, we present some larger themes that thread through these months and that can reveal the contours of the year's tragedies and devastation - as well as some of its triumphs, such as the creation of vaccines. There are many critical themes worthy of consideration. We are starting here with four. As you review these, note that although the themes are presented as discrete categories for the sake of comprehension, in reality they were not siloed from each other; rather, what made this past year so harrowing was the interconnectedness of events and themes.

This timeline shows the global turn of COVID-19, as it spread across the world through travel and contact, linking distant countries and communities into a shared and devastating experience.

December 31, 2019 - The story begins on the eve of 2020, when Chinese authorities announced that they were treating a pneumonia outbreak of unknown cause in Wuhan.

January 8, 2020 - Chinese researchers identify the virus, which eventually comes to be known in popular parlance as the coronavirus. At this early stage, researchers believe the virus is not spread through human contact. 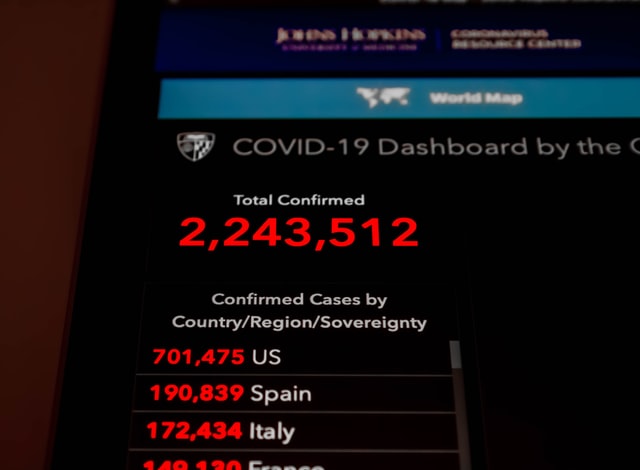 Photo by James Yarema on Unsplash

February 5, 2020 - The Diamond Princess cruise ship is quarantined in Japan.

February 14, 2020 - France announces its first death from COVID-19, three days after the disease is officially named. 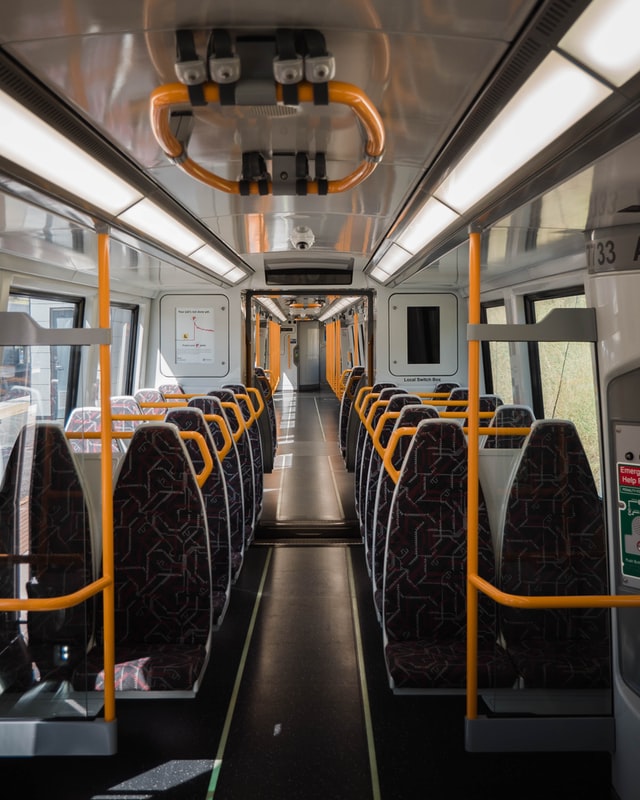 Photo by Nicolas Weldingh on Unsplash

The Virus, the US, and the Global - Early Period

March 19, 2020 - As the situation worsens in the US, the virus is brought under control in China. The country reports no new infections.

July 7, 2020 - In the midst of this global pandemic, the Trump administration states the US will withdraw from WHO in 2021 - a decision that the Biden administration will later reverse. 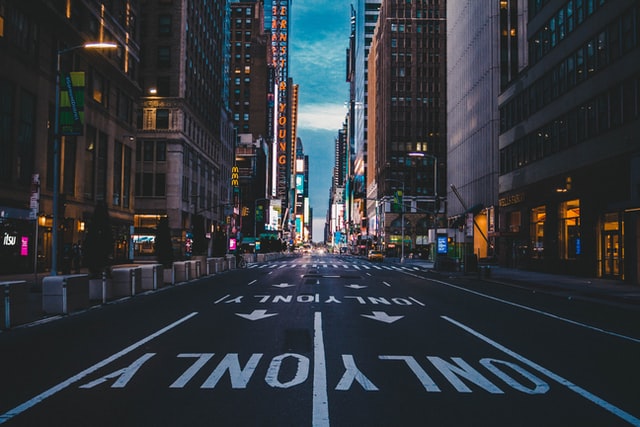 Photo by Paulo Silva on Unsplash

December 14, 2020 - As vaccines are developed and rolled out, the UK reports discovery of a new and more-contagious variant. 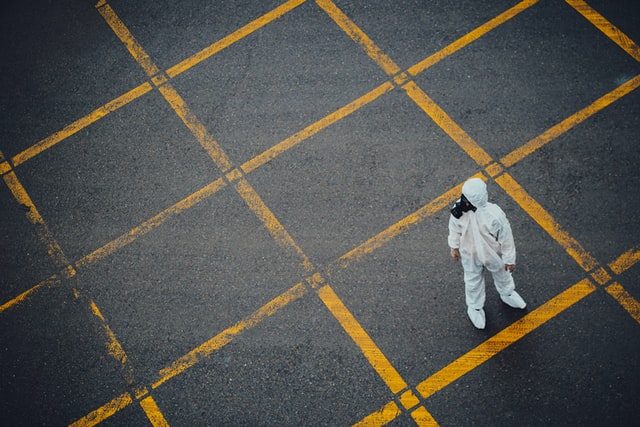 Photo by Shahin Khalaji on Unsplash

This timeline depicts some of the many instances of Black lives lost to police and vigilante-inflicted violence in the US since 2020, which spurred renewed Black Lives Matter protests around the world. These cases of murder, threats, and physical violence - listed below - were repeatedly invoked in the protests against police brutality and white supremacy.

June 7, 2019 - Layleen Polanco, a 27-year-old transgender woman, dies after being placed in solitary confinement at Rikers Island. Although Polanco died in 2019, footage of jailers finding her body was released in 2020 and brought renewed - and greater - attention to the case.

February 23, 2020 - Ahmaud Arbery, 25 years old, is chased and killed by three white men while jogging in Georgia; no arrests are made at this time.

March 13, 2020 - As COVID-19 spreads in NYC, and is the main focus of media attention, in Louisville, Kentucky 26-year-old medical worker Breonna Taylor is killed in her home by police officers. There are no protests at this stage.

March 30, 2020 - Daniel Prude, a 46-year-old Black man, dies of complications from asphyxia, seven days after Rochester police force a hood over his head.

May 3, 2020 - On this day, Nina Pop, a 28-year-old transgender woman, was killed in Sikeston, Missouri. Reporting on Pop's murder, the Human Rights Commission called the violent deaths of transgender and gender non-conforming people - frequently underreported in the media - "an epidemic of violence." 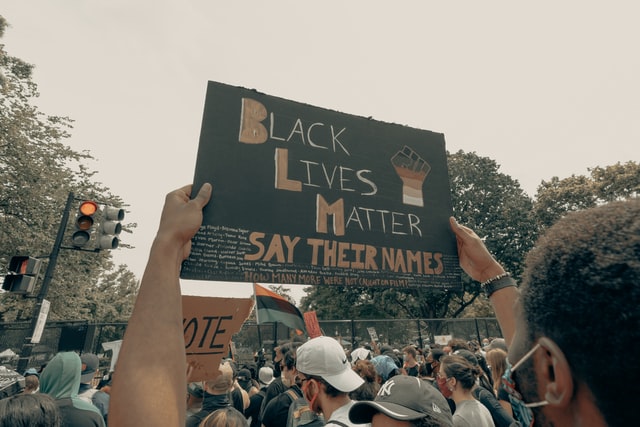 Photo by Clay Banks on Unsplash

May 25, 2020 - George Floyd, a 46-year-old mentor, bouncer, truck driver, and one-time hip-hop artist, is killed by Minneapolis police officers. He was held down by one officer, who pinned his knee against Mr. Floyd's neck for 8 minutes, 46 seconds, while three other officers watched. George Floyd's death set off a massive series of protests across the United States and abroad.

On this same day, in New York City, a white woman threatens Chris Cooper, a Black man and avid bird-watcher, with police violence in Central Park.

May 27, 2020 - Two days after George Floyd's murder, Tony McDade, a Black transgender man, was killed by police in Tallahassee, Florida.

August 23, 2020 - Jacob Blake, a 29-year-old restaurant worker, is shot seven times in the back by police in Kenosha, Wisconsin. Three of Blake's sons witnessed the assault. Blake was left paralyzed after the shooting. During the protests that followed, a white teenager shot and killed two Black Lives Matter supporters.

One day later, also in Philadelphia, Rickia Young, who unknowingly found herself at the site of a protest after the shooting, is attacked by two dozen police officers: Young and her nephew are forcibly pulled from their car and her son is removed from his car seat.

The creation and distribution of vaccines has provided hope to millions. The timeline below documents key moments from this global campaign. Note that due to stockpiling by wealthy nations and patenting restrictions, developing nations are falling behind in their vaccination campaign. Even within New York City, access to vaccines has been inequitable across different ethnic-racial, socio-economic, and age groups due to the digital divide and wealth disparity.

July 14, 2020 - On this day Moderna published initial clinical trial data for a two-dose vaccine in The New England Journal of Medicine. Moderna’s work was partially funded under Operation Warp Speed, which the US government officially launched in May to facilitate and fund vaccine development, as well as by an earlier generous gift by legendary country singer Dolly Parton.

August 12, 2020 - Pfizer and BioNTech publish their initial clinical trial data for a vaccine. Unlike Moderna, Pfizer’s research was funded by the German government. The road to the successful clinical trials began in January, when BioNTech, a German company founded by two Turkish scientists, began to work on a vaccine for the coronavirus. To scale up their work, they eventually teamed up with the American company Pfizer.

Rollout in NYC and the US

December 11, 2020 - The US Food and Drug Administration issued emergency authorization for the Pfizer-BioNTech vaccine. This same day, New York City launched a Vaccine Equity Plan to ensure “equitable vaccine distribution to the 27 hardest-hit neighborhoods identified by the Task Force [on Racial Inclusion & Equity].” In practice, however, this equity has been difficult to achieve.

December 13, 2020 - On this day, NYS received its first shipment of Pfizer-BioNTech vaccines.

December 14, 2020 - The same day that the UK reported a new variant, and Governor Cuomo again banned indoor dining in NYC, an ICU nurse at a Queens hospital became the first American to receive the vaccine. NYC's vaccine rollout, which began the following day, was divided into five phases, based on priority and need. Phase 1 included frontline healthcare workers.

December 18, 2020 - South Africa reported a new variant and the US FDA approved Moderna.

January 12, 2021 - NYS allows anyone above age 65 to receive the vaccine. But, as has been heavily reported nation-wide, a digital divide has made it difficult for senior citizens to make vaccination appointments.

February 2, 2021 - On this day, NYC expands Phase 1B to make vaccines available to Taxi and Limousine Commission drivers and restaurant workers.

February 16, 2021 - While the US struggled with its vaccine rollout, on this day the UK met its target of offering first vaccine dose to 15 million citizens. On this same day, NYS re-allocated vaccines from hospital workers to people with co-morbidities. And the Tri-state area reported its first COVID-19 case from the South-African variant and winter storms disrupt vaccine distribution throughout the US.

February 27, 2021 - US FDA approves the Johnson & Johnson vaccine just four days after a new variant is discovered in NYC.

The COVID-19 pandemic and BLM movement intersected with and shaped the US Presidential elections. Below are some key events.

October 27, 2020 - New York City began early voting on this day. The process was enabled by election reform law passed in 2019, spurred by social-distancing concerns. The big turnout in early voting was also spurred by the dire socio-economic, racial, and health concerns facing the country in the previous months.

November 07, 2020 - Although Biden would not be officially named President-elect until later, enough results had come in by this day to declare him the winner of the 2020 Presidential election

January 06, 2021 - Congressional victories in Georgia give Democrats control of US Senate; Stacey Abrams and Black Votes Matter founder LaTosha Brown are credited with mobilizing Black voters. On this same day, President Trump states he will not concede the election. His supporters, in a pre-planned move, storm the US Capitol.

January 13, 2021 - For his role in inciting the US Capitol riots, the US House of Representatives votes to impeach President Trump for the second time.

February 13, 2021 - Former President Trump is acquitted in his impeachment trial.